The Bell Rogue helmet has intrigued me for some time now, so it’s time for my review.  In a world ruled by hyper-production of pretty much anything you can think of, it’s hard to come up with something new and original, something that hasn’t been done before. This is especially true as far motorcycle helmets are concerned.

>> Check out Amazon’s discount price on the Bell Rogue &lt;<

Yes, new models are issued every now and then, and they do feature numerous improvements, or at lasts some small tweaks which make them better than the previous generation of helmets, but in essence, it’s treading the same old ground all over again. That’s not exactly a bad thing, because, how does one improve on something that is already near-perfect?

But, one thing that these helmets are lacking is the excitement and the general badassery associated with all things motorcycle. Modern full-face helmets feature sleek, aerodynamic design, complex paint jobs with several layers of coating, security certificates, advanced ventilation systems, but they are quite similar to one another.

This is even more true when it comes to open-face helmets, which feature traditional design that hasn’t changed a lot over the past few decades. Luckily, to stir things up, and infuse some much needed originality and oomph into the rather sterile high-tech universe of motorcycle helmets, is the Bell Rogue, the company’s new half-helmet, which offers the kind of protection you’d find on a ¾ helmet.  You have to applaud Bell for their originality here.

Let’s discuss the looks first. The Bell Rogue sets of a whole barrage of associations as soon as you set your eyes on it. Scorpio from Mortal Kombat, Predator, Mad Max. We tend to think that this is something Shredder would wear if he actually rode a bike instead of going after the Ninja Turtles. Of course, it’s all down to the muzzle. Without it, the Bell Rogue is a rather comfortable helmet, offering a little bit more protection than the usual half-helmet.

The polyurethane-molded muzzle, according to the manufacturer, is there to protect the rider’s face from elements, which it does, but honestly, its primary function is to make this helmet look cool. The muzzle has air vents, and fleece lining on the inside which can be easily adjusted to any rider’s face, and the Fidlock magnetic connection is there to keep it attached to the helmet. The straps are there to allow you to find the right fit, and to provide you with some breathing room, if needed.

For all its Spartan road warrior looks, the Bell Rogue fits unexpectedly nicely on your head, especially the extended EPS liner section which covers your ears and neck. Even though there is no padding at the front of the helmet, the cloth cover seems to be doing the trick. The inner liner, of course, is fully removable, and it’s held in place by four snaps. You can remove the ear pads the same way, and there are also pockets for your speakers, which is great if you tend rely on communicate systems.

The shell on the Bell Rogue is made out of fiberglass and polyester, which is, of course, very light and hard at the same time. Between the hard outer shell and the EPS liner is a layer of polystyrene about ¾ of an inch thick, which is there to disperse the energy of the impact. We’ve already mentioned the extended EPS liner section that goes all the way down to your neck and ears, which, apart from providing exceptional level of comfort, also allows you to ride at high speeds without your helmet try to fly off your head. The Bell Rogue features DOT safety certification, along with a five-year warranty.

One thing that’s great about open-face helmets is that don’t need to worry about keeping cool, as is the case with their full-face counterparts. However, along with the breeze, you get the bugs, dirt, rocks and all that wonderful stuff, but the muzzle does it job well on that one. It is also irreplaceable on those cold mornings. But, riding with an open face helmet, you would also need protective glasses, which can become an uncomfortable ordeal on the Bell Rogue, since the muzzle sits so close to your face.

Choosing between the two is not really an option, so keep that in mind if plan to go on long rides. As is the case with all open-face helmets, it can become quite noisy, especially at high speeds, but that’s the price you pay for increased visibility and better ventilation.

Bell made a wise choice when they decided not to include graphics on this one, which would only detract from its rebellious looks. It is, however, available in several solid colors, which are: Solid Matte Black, Solid Army Green, Solid Black, and Solid Gunny. There is also the Corey Miller War Eagle, which does have some graphics elements on it, but luckily, they fit quite nicely into the overall design of the helmet.

Speaking purely in aesthetical terms and the impression Bell Rogue leaves on anyone who sees it, this helmet is an absolute winner. The very essence of riding – freedom, rebellion and a badass attitude, is contained in this helmet. However, because of its looks, not everyone will be inclined to buy it, but it doesn’t really matter, because the Bell Rogue is for those who can truly appreciate it for what it is. And speaking in terms of comfort, build quality and functionality, the Rogue ticks all the right boxes, as well. The Bell Rogue deserves an unequivocal and emphatic recommendation. 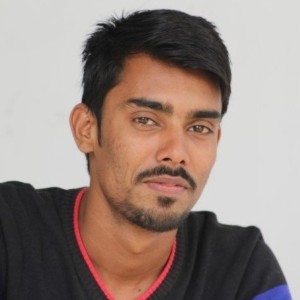